Afternoon tea is so popular in China and Hong Kong that it’s hard to find a five-star hotel that doesn’t serve it. Department stores in Hong Kong are even serving afternoon tea, as are independent tea shops. I’ve had afternoon tea in Hong Kong almost every time since I’ve been going back, but most of the times I’ve been in China it was nowhere to be found. That has all changed, of course, in 20-30 years and thanks to a great recommendation by my friend Tina, I went to the Peninsula with my family for afternoon tea a couple weeks ago. 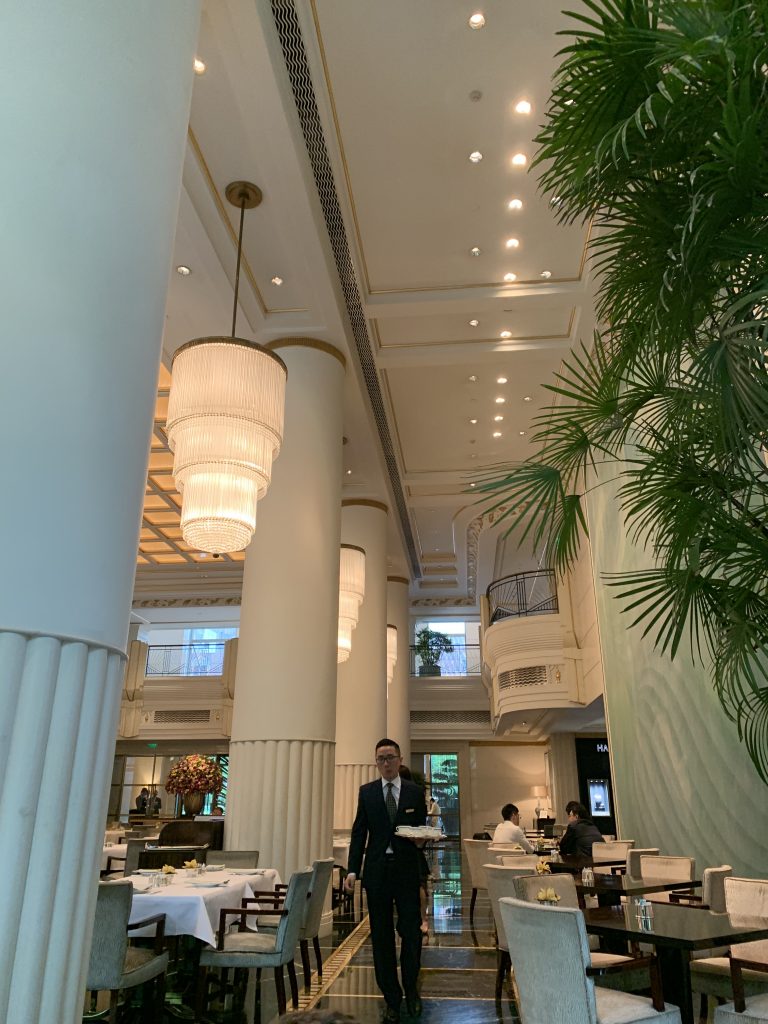 Just like the original Peninsula in Hong Kong and others around the world, the lobby has a distinct look. But instead of a little balcony where a string trio performs, the musicians at the Peninsula Shanghai were on the same level as the diners. 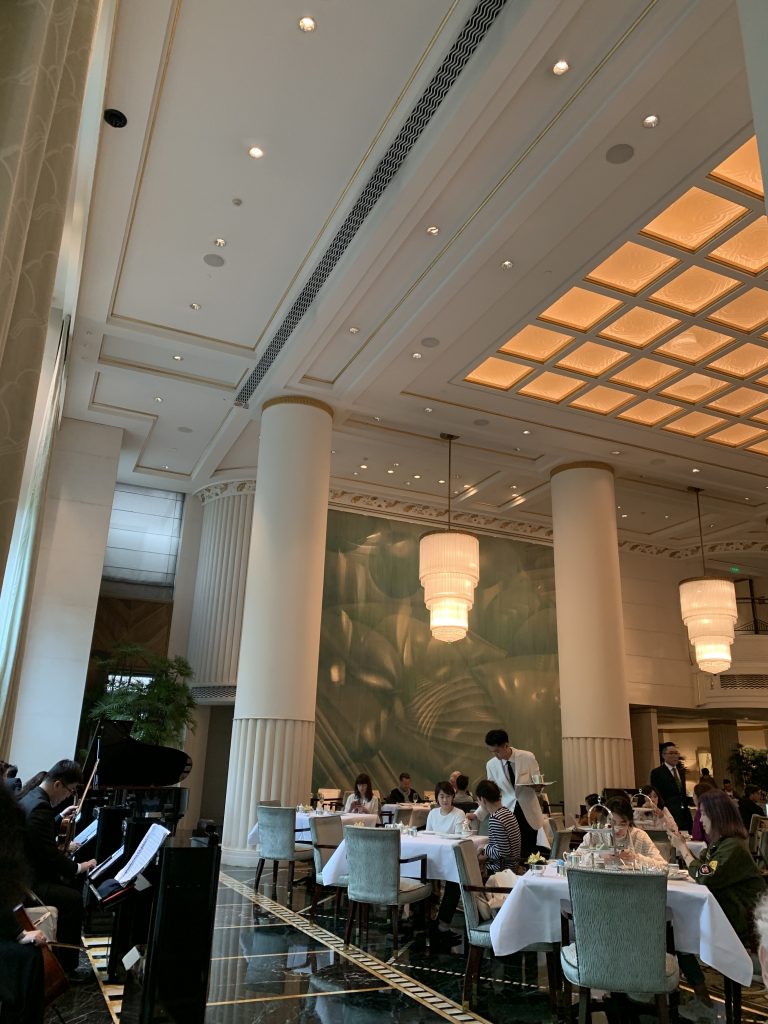 The afternoon tea menu at the Peninsula Shanghai was much more extensive than at the Peninsula Chicago and because there were four of us, we asked for two orders of the two tea sets. These are the top tiers of each set.

The black and white dessert with the raspberry was out of this world, although we couldn’t place the filling. It didn’t matter; it was so good. 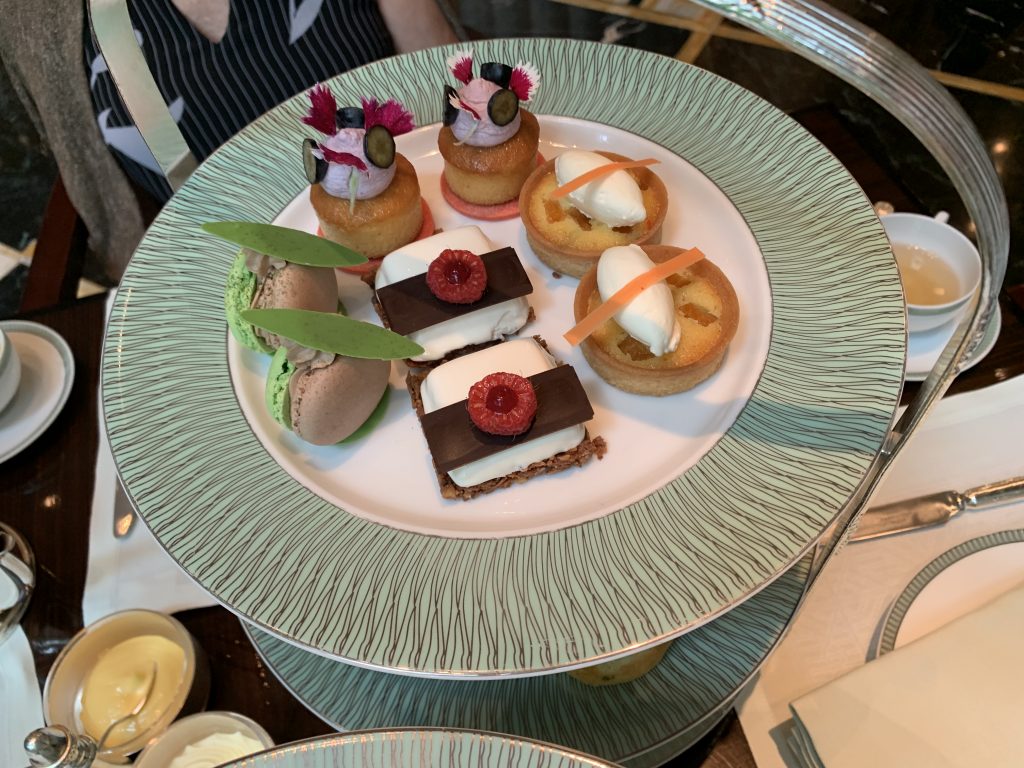 And then there were the savory tiers.

It’s hard to see from this photo, but the glasses in the back have a cool pea salad. 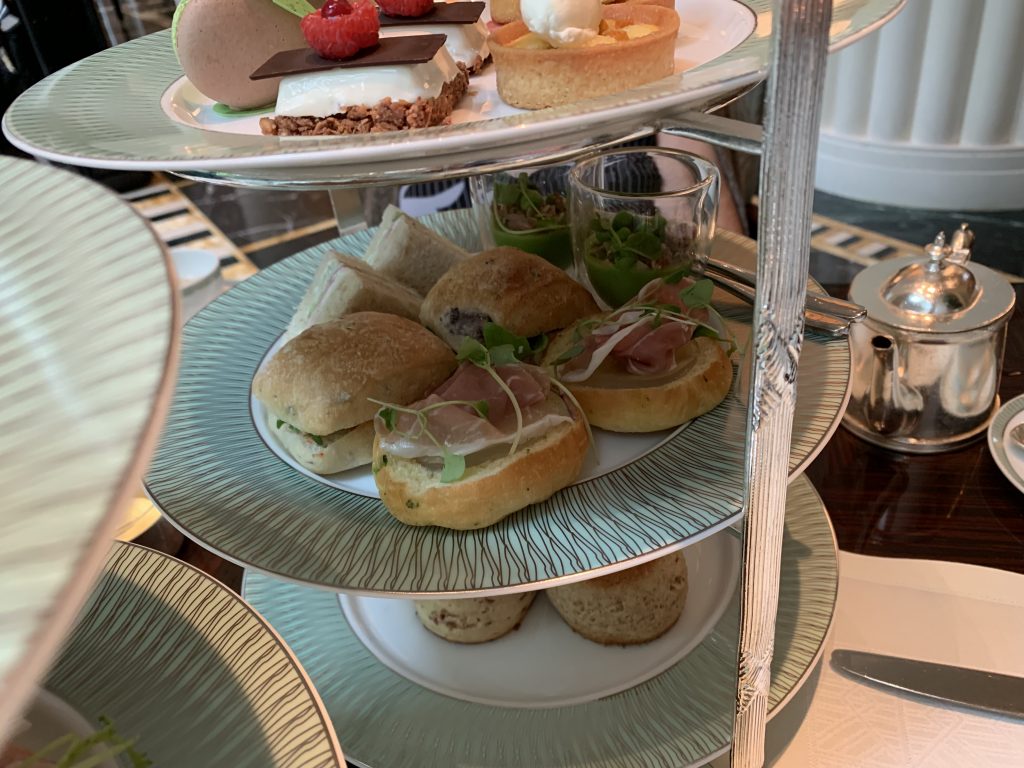 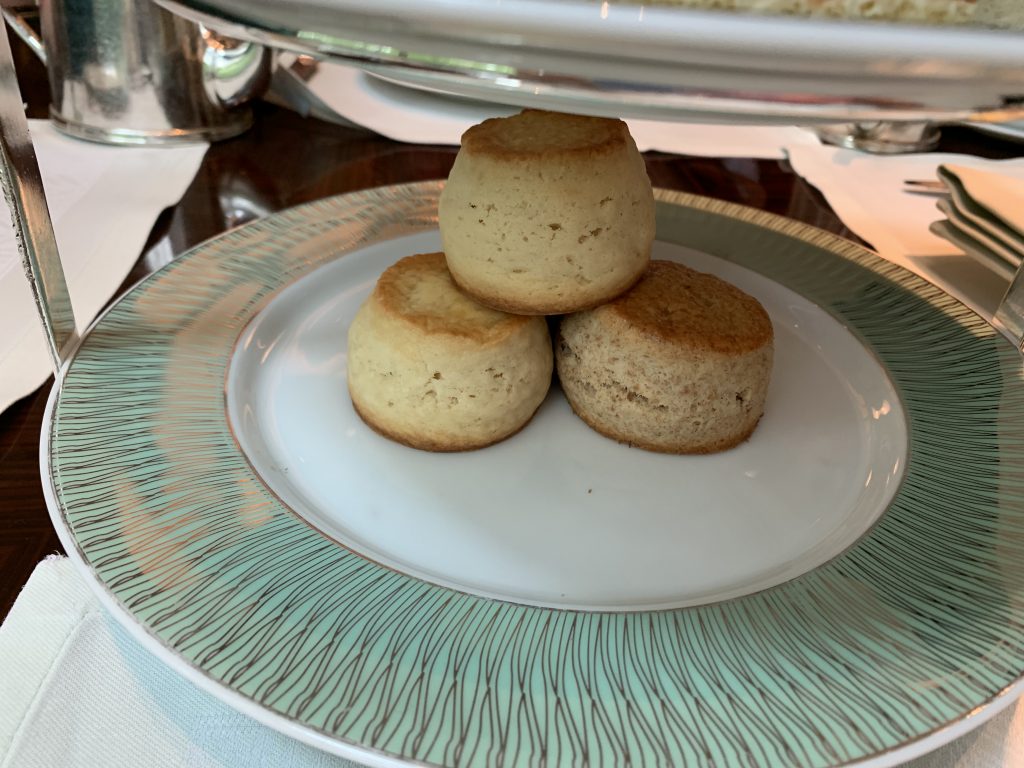 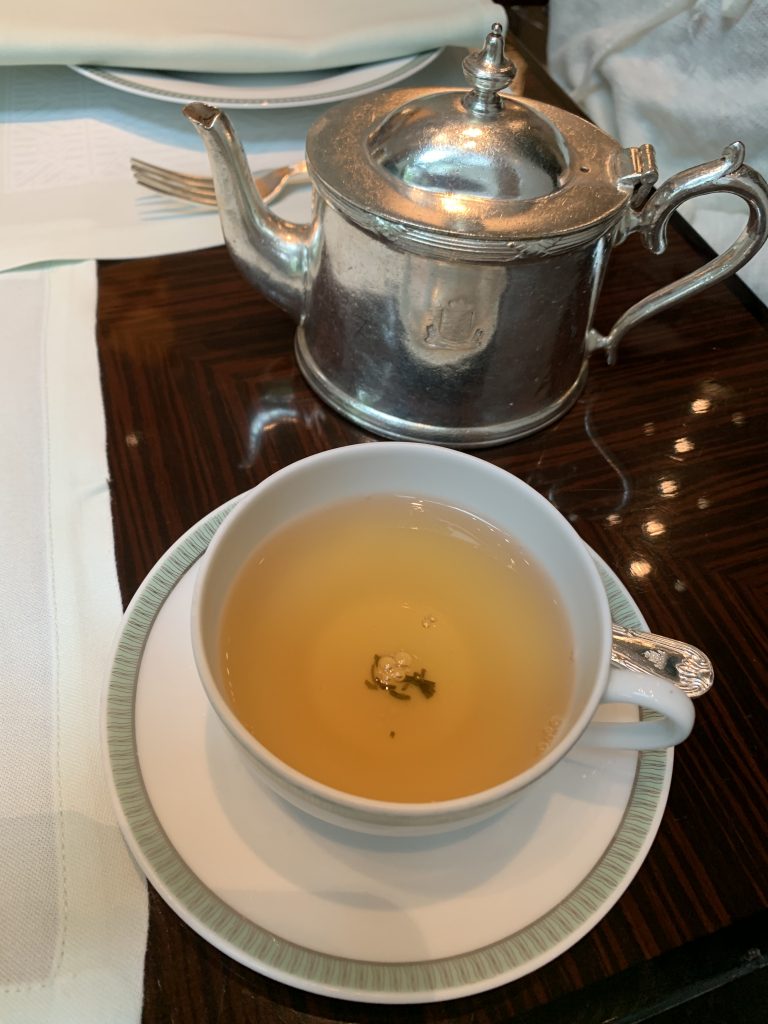 And this was the view from our table.

The great thing about having my two sons there is that they ate a ton and nothing went to waste, although no one was going to take this from me: 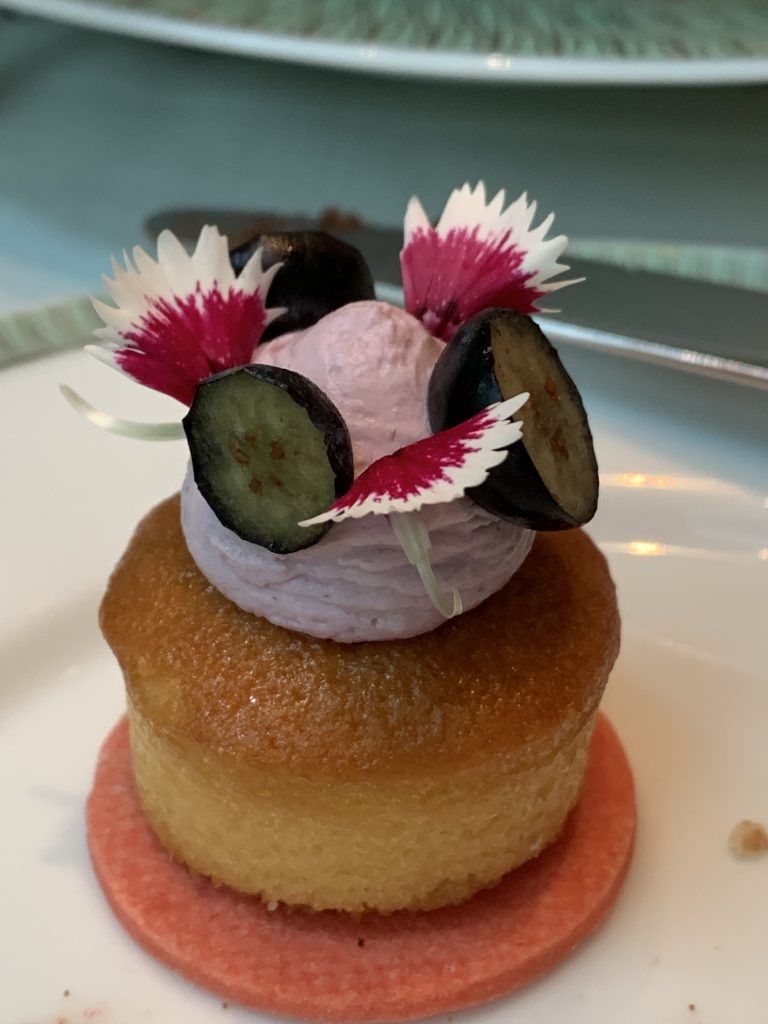 I highly recommend the Peninsula Shanghai for afternoon tea. The service was great and we rarely had to ask for more hot water when our teapots ran low.