Last week we spent a long weekend in Stockholm, which was fabulous and much warmer than back in Chicago. One of my favorite things about traveling abroad is seeing architecture I don’t get at home. And Stockholm didn’t disappoint at all. From the our hotel balcony, which was such a treat, even in the winter:

And near our hotel at dusk, which happened around 3pm.

These were also near our hotel: 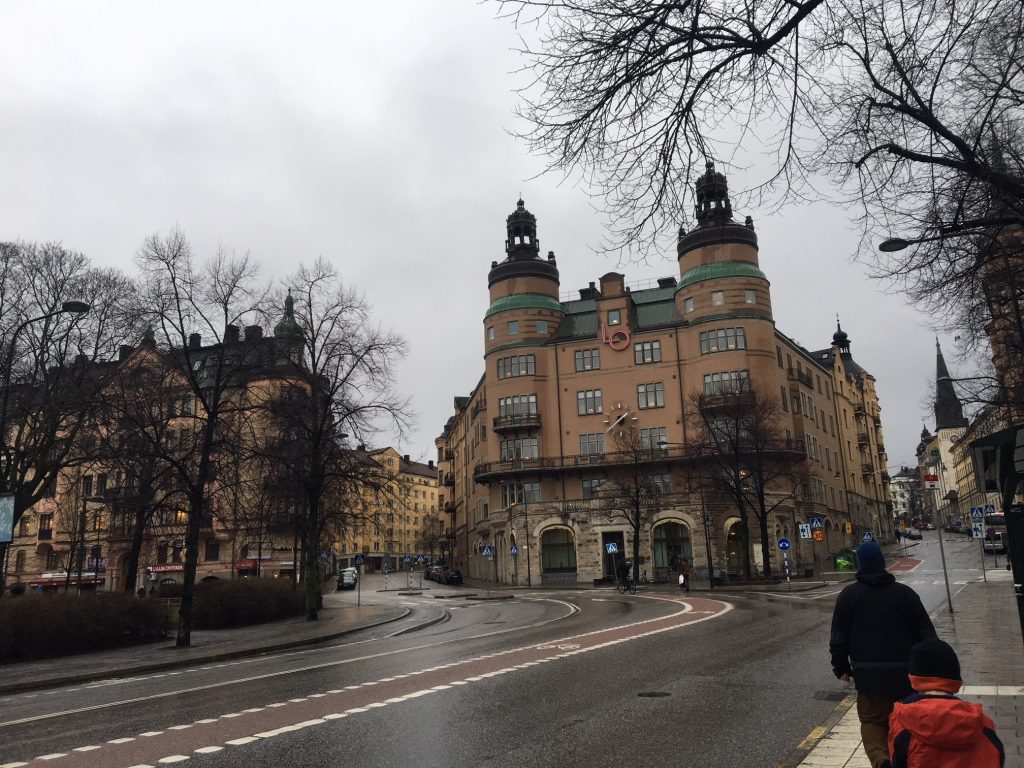 We hung out at this Espresso House after dinner one night.

This one was also near our hotel, on the way to the tram stop.

These are right along the tram terminus.

A building spotted on the tram route.

I didn’t see a lot of Art Deco architecture, but this came the closest.

As did this one:

These buildings were in Gamla Stan, or Old Town, across one of the many bridges from the part of Stockholm where we stayed:

Gamla Stan was mostly made up of small alleyways.

We spent a lot of time on yet another island of the Stockholm archipelago. The Nordiska Museet, or Nordic Museum, was phenomenal.

This house is across the street from the Nordiska Museet reminds me of a lighthouse.

The styles of architecture are as diverse as Stockholm’s vibrant population. It’s part fairytale and part utilitarian, and we enjoyed it all.