I am beyond excited to post this interview with author Nicole Trilivas. She and I share the same rock star literary agent, Carrie Pestritto, but I would have fallen in love with Nicole’s novel, Girls Who Travel (Penguin, 2015) no matter what. The main character, Kika Shores, is a traveler and twenty-something American who can’t wait to go on her next trip. And when she does, it’s not at all what she expected.

Please read on to learn about Nicole’s amazing book and her equally fabulous background.

I just love the premise of Girls Who Travel. Kika Shores is a twenty-something New Yorker in a dead-end job, trying to save money for her next trip. When you started writing Girls Who Travel, did you focus on the wanderlust aspect of the story before the love stories? Or was it the other way around?

I knew right away that I wanted to use the theme of travel as a backdrop for a novel because I love travel and I could talk about it forever. From there, it naturally evolved into a romance because so much about travel—especially backpacking—is about the people you meet along the way.

When Kika moves to London for a nanny job, she has an awkward initial encounter with her neighbor, Aston Hyde Bettencourt. And it only grows more embarrassing from there. I thought that made her even more likable and realistic, but was wondering if you always pictured her a little clumsy or did that develop after you started writing?

I didn’t know much about Kika until I started writing about her—but one thing I did know what that she was a diehard traveler, and that told me a lot. Because of her love of traveling, that meant she was adventurous, optimistic, and free-spirited, but I also wanted to play with some of the negative aspects of self-identifying as a world-traveler. She thinks because she has seen the world, that she’s worldly. Also, the single-sightedness to travel again makes her a little irresponsible in the “real world.” Not to mention that she’s quick to dismiss people who aren’t in her traveling tribe. With these personality traits in mind, the embarrassing moments—especially around Aston—came pretty natural! She’s not exactly graceful or fully self-possessed, but it’s easy to love her anyway.

In your author bio, it’s mentioned you’ve traveled to over thirty countries on all continents except Antarctica. What are your top five favorite places? Are there any you are pining to return to before visiting a new place?

Oh fun question, but five is much too hard! It would be like picking between children. However, I know my top three right off the bat: My favorite places are one, my hometown of New York City and two, my adoptive home, London—both of which I can never tire of! Three is Prague—it was the first place I ever went to in Europe and I fell deeply and intrinsically in love with it. You never forget your first love, right? I have no qualms about going back to a place I have already been. You can always discover something new, if you’re looking for it.

Lochlon is a colorful character that goes through a significant transformation between the two times Kika spends time with him. Is he based on people you met during your travels?

Lochlon isn’t based on anyone in particular, but he’s more of a trend that I saw when I myself was a backpacker: I met a lot of people who were so dedicated to living the lifestyle, who then—the moment they stopped traveling, just weren’t as interested anymore. 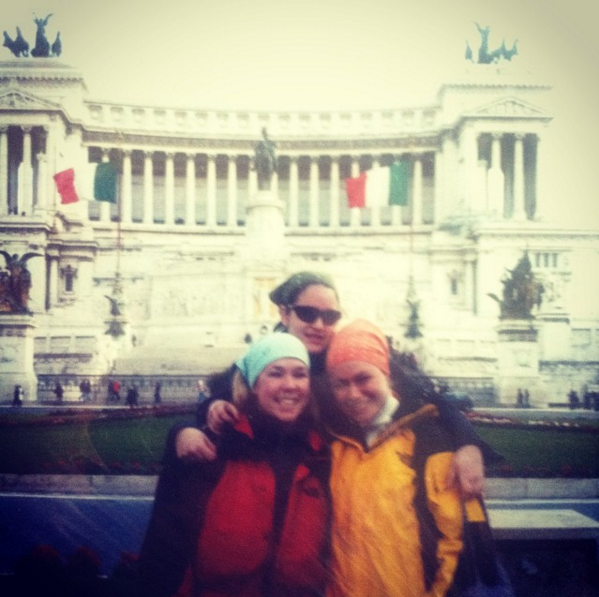 Backpacking in Italy with friends (Rome, 2004)

At one point you referred to the banana pancake trail. I laughed out loud because I spent several days at a guesthouse in northern Thailand where the owner cooked up banana pancakes for guests every morning. I didn’t know that was common in that part of the world. What other quirky food customs did you come across in your travels?

I still find the weird food names in England ridiculously amusing and whimsical: Toad in the hole; spotted dick; Eaton mess! I still don’t know what half of them are.

Can you talk a little about your writing habits? Is there a certain place where you write best or a certain time of day you find your writing is most productive?

I like to work at cafés. People hate on Starbucks, but what other coffee shop will let you sit there all day and work? I got some great writing done at the Starbucks in Holland Park in London. I wrote Girls Who Travel at this café called Irving Farm in the Upper West Side (New York), and I sorely regret forgetting to thank them in my acknowledgements for their stellar bagels that fueled my productivity!

It’s been a long road, but clearly worth it. Here’s my timeline:

December 2015: Girls Who Travel is published at long last! 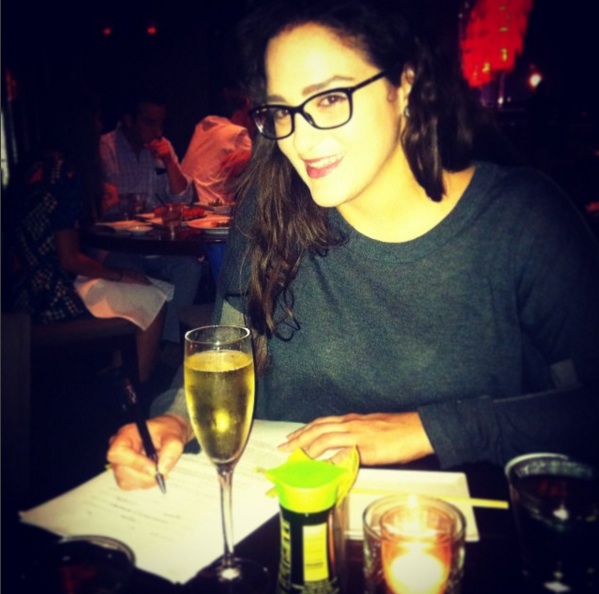 Signing my contract with Penguin

What is your favorite part of promoting your book?

I love getting emails from people who liked the book and connecting with people on Facebook. I just joined this Facebook group called Girls Love Travel, and I feel like I found my people!

What are you working on now?

I’m taking a little break to do some promotion, but I’m halfway through another travel-themed novel. This one is set in the alps.

Where is your next trip?

I’m taking my beau on a birthday trip to Venice—and I cannot wait!

And, finally, what is your favorite and must-have travel accessory?

Thank you so much, Nicole! It was great fun doing this interview. For more information about Nicole and her work, check out her website here. 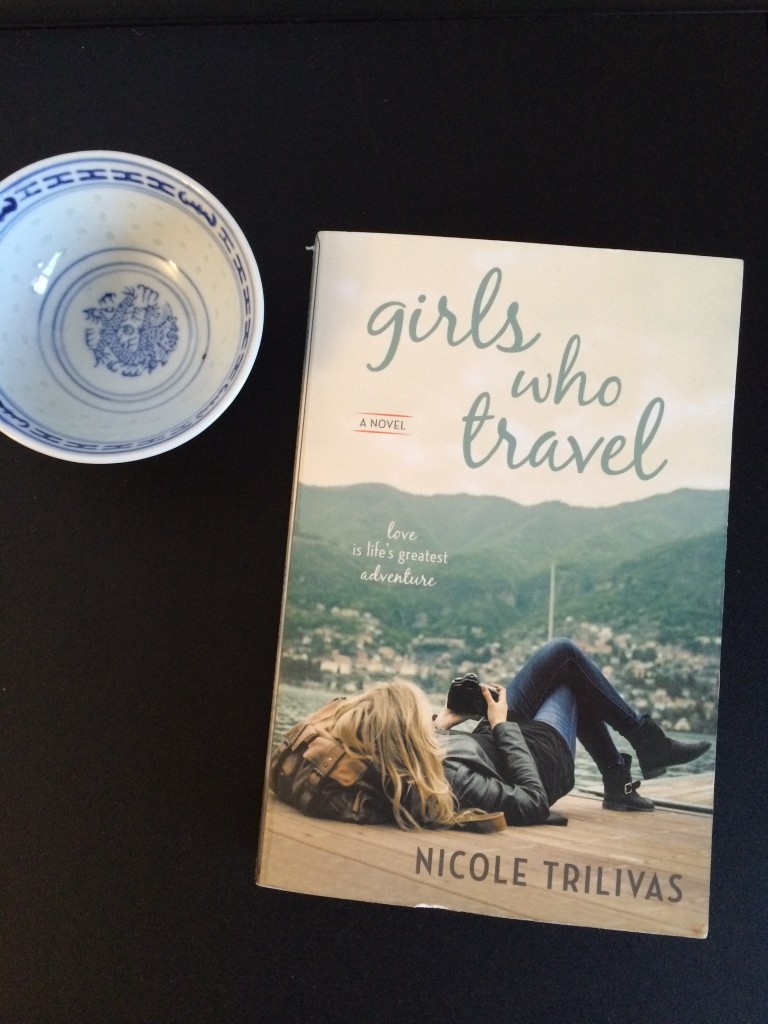