I am so incredibly honored that author Weina Dai Randel has asked me to reveal the cover of her second novel, The Empress of Bright Moon (Sourcebooks, 2016)! 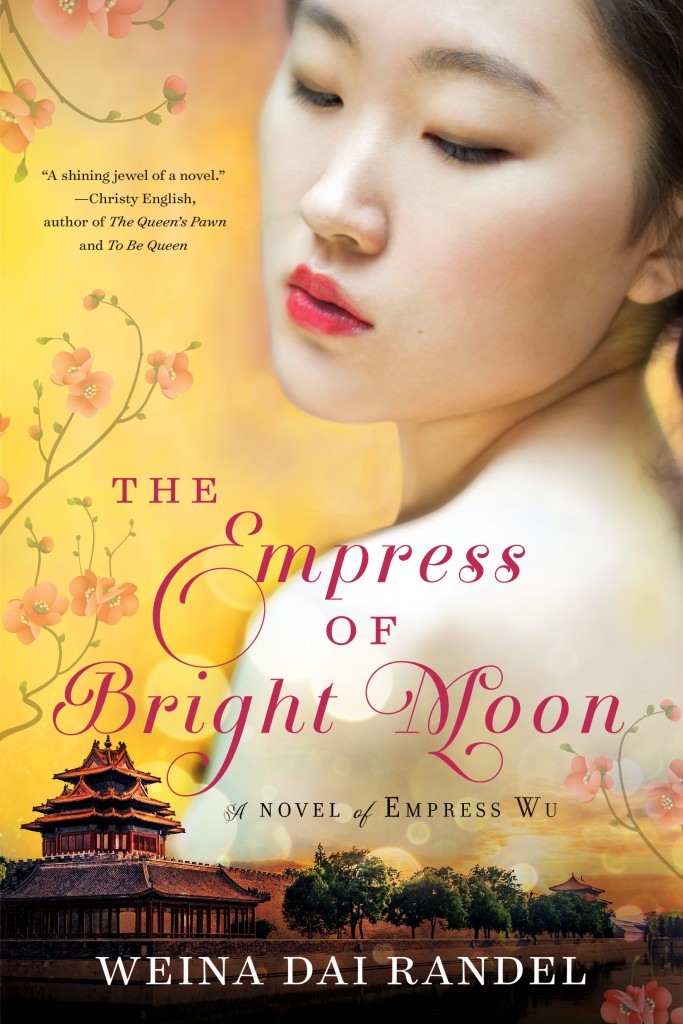 Weina and I share the same publisher, Sourcebooks, so it’s no surprise they came up with such a fabulous cover.

The Empress of Bright Moon comes out in April next year and is the sequel to her debut novel, The Moon in the Palace, which comes out in March and is offered on a GoodReads giveaway raffle here.

Library Journal gave the The Moon in the Palace a starred review: “…This is the first book in a duology recounting the life of Empress Wu (624–705), China’s only ruling female emperor.”