At dinner last night, the subject of Cantonese and Mandarin came up again, namely the differences between the two and where each is spoken. So that led me to recount once again the story of how when I studied Mandarin in Hong Kong many years ago, I actually had to leave the Territory to practice it.

Which brought me to China. 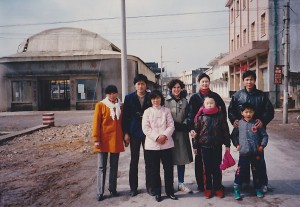 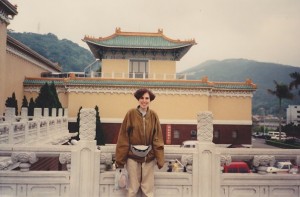 Back then, it was difficult to find Mandarin speakers in Hong Kong. Things have since changed there, but this all got me thinking about practicing Mandarin here in the Chicago area.

That’s when I remembered there is a place just five minutes from my suburban home where it’s easy to practice Mandarin. 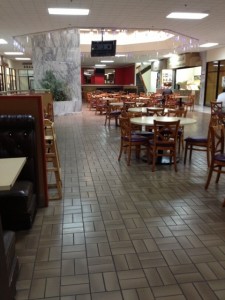 I’ve been here at most a dozen times in the last seven years. Since my youngest stopped napping a month ago, lunchtime is suddenly more flexible than ever. So I took my two sons (my daughter started school today) to the food court for lunch. Four-year-old Martin and I shared a big bowl of delicious beef noodle soup.

Fifteen-year-old Jake ordered seafood noodle soup. Both boys had fruit smoothies. And I ordered most of it speaking Mandarin.

After lunch, we headed to the Asian grocery next door to buy mooncakes. It felt so good to practice Mandarin that I spoke it with the Cantonese-Vietnamese cashiers. They were totally nice about it and nodded in sympathy as I went on and on about how the nearby public schools don’t teach Mandarin. (I wonder if knowledge of the food court would change the school board’s mind?) 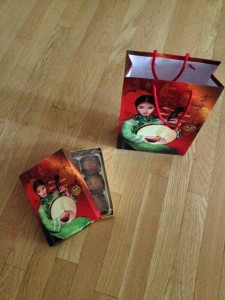 The mooncakes were a bit hit and now are all but gone.