Stuart Beaton (http://rastous.podomatic.com/) guest blogs tonight about censorship in China. With so much going on in China, it’s important to realize that people there aren’t always as privy to the same news as we who live outside the PRC. Without further adieu, here’s Stu:

I was recently told by a senior figure around the traps here that “China has an Internet untainted by censorship”.

So I nodded sagely, smiled, and took my leave… whereupon I ran around the corner to the bathroom, locked myself in a stall, and laughed until my sides hurt. 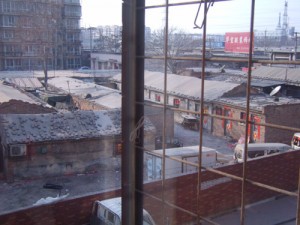 The Internet here is “robustly defended” by the “Golden Shield” project, better known to everyone as “The Great Firewall”, and for years I thought it was an incredible piece of highly sophisticated software.

Finally, there’s the layer of self-censorship, where Chinese Netizens tend to avoid using certain words and phrases in their posts, to avoid having someone come and haul them away to a “black jail” somewhere.

After all, who wants to trade their lives away for the sake of a few characters?

Until quite recently, micro-blogs such as Weibo (a twitter clone) and RenRen (a watered down FaceBook) allowed users to create anonymous accounts, and post freely. Now legislation has been rolled out requiring “real name” registration, or registration using a phone number (the purchase of which requires a Chinese I.D. card)… neither option is exactly conducive to saying what you fancy, as now your comments are linked to your physical address.

Of course, it’s not just the Internet that’s censored.

If you were to look at a newsstand a few days ago, you would have been surprised to see that every newspaper available carried the same lead story. Not the same story rewritten by local papers, or edited to fit a style of paper, but exactly the same story… right down to the punctuation. The CCP owns all the papers and all the presses on the Mainland, and it can write what it pleases in them.

It’s pretty much the same when it comes to TV and Radio, too.

We live next to Tianjin’s TV and Radio broadcast complex, which has its own garrison of armed soldiers constantly patrolling it, and conducting loud training exercises – the point of which seems to be to make everyone aware that there’s lots of soldiers there. This model applies across China…  I’m sure Fox would like to be able to operate the same way!

There is no live broadcasting here. Everything is pre-planned, submitted for approval, recorded, vetted, and then broadcast.

When I first came to China, I was interviewed by a local radio station, just to chat about Australia. During the interview, I mentioned that Australia had held a referendum to pick the National Anthem.

A couple of days later, when the interview was played on air, that had been excised, and when I spoke to the woman who’d edited it, she said, “Our listeners have no interest in voting for things… besides, China is a true Democracy, because no one needs to vote for anything.”

I think that’s when part of me died inside.

Last night Ellen and I came face to face with just how much censorship there is here for the average Chinese person. Over the last couple of weeks, I’ve been following the Bo Xilai controversy, using some interesting bits of software (which I won’t name here, as I would like to be able to keep using them). Local coverage has been almost nil, bar a report that he’d been stood down immediately, and that dramas were now being shown in Chongqing at prime time, instead of Maoist Patriotic Song shows… pretty boring stuff.

Ellen likes to eat at a local Cantonese style restaurant, which brings in the papers from Hong Kong. 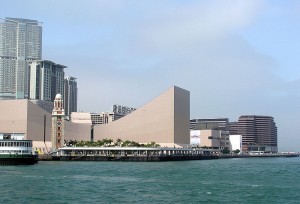 So you can imagine how surprised she was to read the rest of the story – the almost defection, the alleged murder, the son in the Ferrari…

“Wow”, she said, “The Hong Kong papers really like to make shit up, don’t they?”

I think that’s when the rest of me died inside.