Stuart Beaton is back guest blogging about shanzhai, or fakes. This time he goes beyond copy watches and CDs. You can also catch Stu’s podcasts at http://rastous.podomatic.com. Here’s Stu:

For many foreigners, the sight of a chicken coming to the table with the head still on it can be rather daunting. I have to say, even after all this time in China, I’m not that keen on the idea. So when I asked why this was the case, I was told it was so that I knew it was a real chicken.

In China, it’s hard to avoid fake things – from DVDs to watches, perfume to clothes, they’re available almost everywhere you look. However, I didn’t think that shanzhai – a term that originally meant “mountain village, and now covers fakes – would come to food.

Unfortunately, I was wrong. 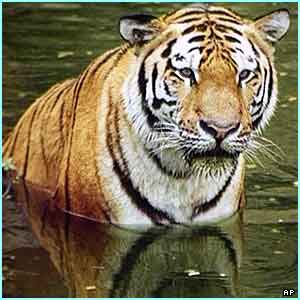 In 2005, a restaurant in northeast China was caught serving donkey meat spiked with tiger urine in pricey dishes advertised as endangered Siberian tigers. Not that I’m likely to try tiger meat any time soon – threatened species don’t really belong on a plate – but it did make me think two things.

Firstly, where did they get the tiger urine from?

And secondly, how would you know you were being fooled in the first place? Given that tiger isn’t a common place meat, any substitution would be pretty easy. Even milk isn’t beyond the fakers’ reach these days, as the recent melamine scandals showed. So, how can you be sure that the food you eat isn’t fake? 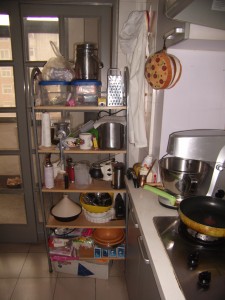 Plenty of fresh fruit and vegetables are out there in the local markets, and I can’t think of any way at all of duplicating carrots and the like. Dried beans have been dyed and substituted for peas, but I don’t tend to buy ready shelled peas – the pod is a very handy natural package to transport them in.

Eggs can be a bit tricky to tell the age of, so if you’re unsure, try somewhere else – or float test them in water, as old eggs float. Lately there’s been a duck egg substitution scam, so if the blue rubs off, they’re just chook eggs that’ve had a dye job.

The same goes for fish, meat and poultry – if you buy them from a reputable source, you’re not likely to be fobbed off with “tiger meat” or worse. 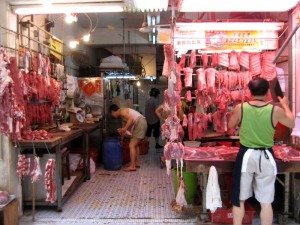 I tend to avoid the little places that sell half dead seafood in a puddle of water, as although they might technically be fresh, the movement you see could well be the death throes of some nasty bacterial infection…

It’s only when you get into heavily processed foods that fakes and forgeries can be made easily. Ingredient substitution can mean that you’re not getting what you think you are. Try to avoid places that serve pre-portioned, pre-packaged mystery meals.

No country in the world is immune to food fakery. In the 1980s there was an export scandal over shipments of beef from Australia to the US that contained kangaroo and horse meat. I’m sure that many other examples can be found. 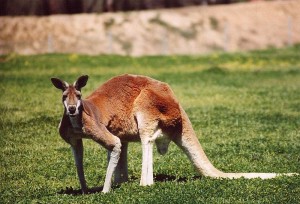 So, in a way, it’s reassuring that your Beijing Duck arrives with head and beak intact, or the chicken dishes stare back at you. They’re what you ordered, and not an imitation. 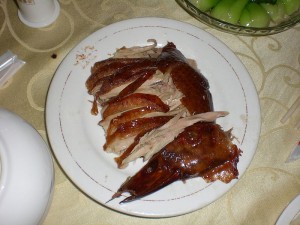 I must admit that I have never run across fake food in China – I’m not off chasing such exotic things as tiger meat. But that doesn’t mean I don’t mind the odd meal of donkey.